feel how adrenaline runs
through your veins.

The King of Shooting would like to draw your attention to the safety rules in order to prepare you for the shooting event.

Be a safe shooter. We don't want you to hurt yourself and the others. Target shooting is one of the most exciting and fun ways of entertainment, but at the same time, it requires focus and discipline from you. Shooting live munition is not as obvious as in movies, when the good guys are hunting the bad guys. So, if you are new to the shooting, the King of Shooting team will make you acquainted with the shooting rules and regulations. The King of Shooting guarantees you the complete safety instruction and presence of the Budapest shooting expert. Be a good boy and notice these regulations:

The King of Shooting guarantees you and your friends a great time in the Bratislava shooting range, if you follow these rules. We will make your shooting event mind-blowing to make sure that you will leave with great impressions. 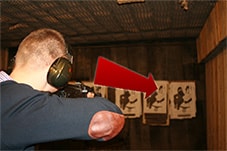 At every shooting session aim only straight at the shooting targets. Turning whilst holding a loaded gun is not allowed. Never aim the weapon at the people. 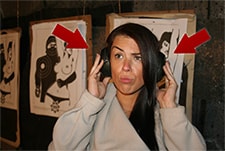 Always use ear protection. Without it the shooting noise can damage your hearing. 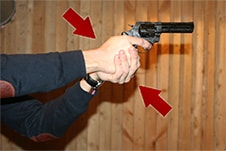 Hold the weapon with both hands. Keep your body and hands strained. Every gun upon the shot has a rebound, so your hands must be strained. 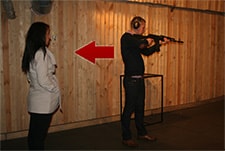 If you are just a shooting observer, always stand in the safety area behind the shooter´s back. Do not stand next to him or in front of him. Best position for you is at the back and a little bit to the left, as the used cartridges are extracted out of the gun after every shot to the right side and you may be hurt by those flying in the air.